Pointers store the addresses of variables, function blocks and programs, while an application program is running. A pointer points to one of the named objects or to a variable with any data type.

Dereferencing a pointer means obtaining the value of the address to which the pointer points. You can dereference a pointer by appending the content operator to the pointer identifier, for example, see pInt^ in the example below.

An analogy to pointer:

Say, for example, we have a row of lockers (memory for computer), there is a person who manages the lockers, I tell him to save my 5 € in the locker. I don’t know where he will save it but he knows.

If I know where he has saved it, I can take the money directly.

I can pick the money directly by the following way

One important note is that we should have an initialization function where we do the initialization for a single time, we don’t have it in the sample so it is done in each plc cycle

The following image shows some simplified memory layout of the PLC memory (actual addresses are different).

In this simplified example, we see pInt and pInt2 variable contains the address 0x3. This is also the address of the variablenIntVar1. If we assign something to the nIntVar1 and if some pointer variables point to this address that will contain the same data.

We can dereference in the following way.

By the above statement we say pInt is a pointer variable give me the content of the address it hold and assign it to nIntVar2.

The HMI for manipulating variables: 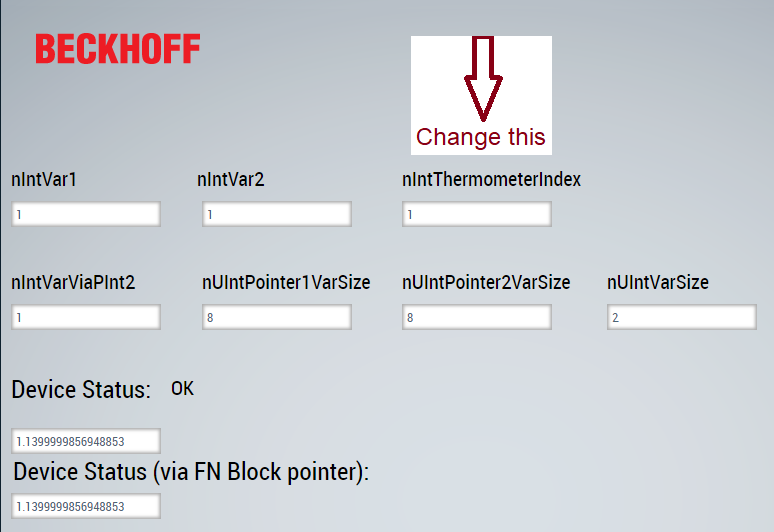 One important note is that we should have an initialization function where we do the initialization for a single time, we don’t have it in the sample so it is done in each plc cycle

Down load the sample TwinCAT ProjectPointerTest.zip

Library contains a number of functions which provide direct access to memory areas in the PLC runtime system of the PLC Controller. Default editor includes the library by default.

The fact that these functions allow direct access to the physical memory of the PLC. Misuse of such functions can result in a system crash, or in access to forbidden memory areas. So we need to be careful when we are using these function.

MEMCMP Compares the values of variables in two memory areas